Last week was a crazy busy week for me as I flew to Tennessee for some medical appointments and family stuff. Jim and I have been having a bunch of fun this week. Thus, I’m behind on wrapping up our time in Nebraska.

Jim shared our interesting visit to the Mennonite Heritage Museum in Henderson, NE, but that’s not all we did while in the state. While staying at Prairie Oasis, Jim and I also visited the Plainsman Museum in Aurora; they were having a quilt show while we were there, too. One day, we took Chewie to Dog Island dog park in Grand Island; he had a blast! I’d say the most interesting thing we saw in that area, other than learning about the Mennonites, was Stuhr Living Museum also located in Grand Island. It offered a wide variety of informative and interesting things to see and do.

Quilt at show at Plainsman Museum 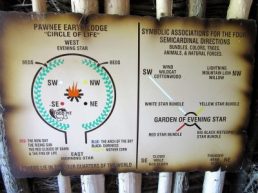 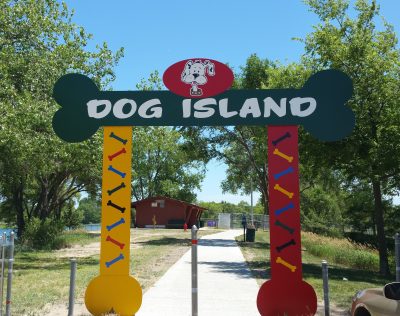 Statue of native people at Stuhr 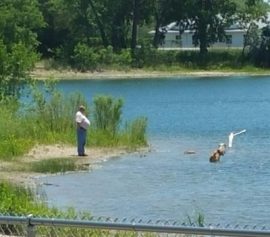 Chewie and Jim at Dog Island

From Henderson, we moved to North Platte, NE. I just knew there’d be tons of fun things to do there, and I’d miss out because I’d be traveling to, stay in, and traveling back from Tennessee during 5 of the 8 days there. I’m sorry to say that I was wrong. It was nothing like I’d expected, and the campground was not as advertised. We drove out to Buffalo Bill Ranch State Park, but it didn’t look as good as the web site showed it either. Jim and I didn’t even make a photo, much less get out and walk around.  It was so much smaller than expected. Maybe we went on a bad day.  The best thing during our stay there, in my opinion, was the fact that we got to hear Brothers Osborne and Chris Stapleton in concert from our site. They were closing out Nebraskaland Days at the fairgrounds across the road from the RV park our first night there. Jim and Chewie did get to visit Lake McConaughy near Ogallala and checked out a campground there. We did find some really good restaurants right off the Interstate there, so if you are passing by North Platte, I can recommend both Penny’s Diner and Whiskey Creek Wood Fire Grill. Though a cheesy tourist trap, it is interesting if you want to stretch your legs while visiting Fort Cody Trading Post, also just off the Interstate.

For me, one of the highlights of Nebraska actually came not long before we left the state. Our route took us past Chimney Rock, and Jim agreed for us to take time to visit the site of the most iconic natural landmark mentioned by those who traveled the Oregon Trail in the 1840s – 1860s. 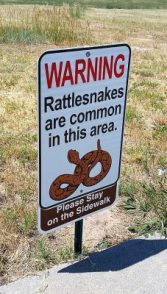 Now, we’re enjoying the next place – more on what we’re doing now soon!