Sep 16, 2016 (by Jimmy) – This has been a very interesting week. That actually is an understatement. I think the best way to explain how the Arkansas project came about is to start from the beginning; this was over two weeks ago.

I received an e-mail from a recruiter named Tracy Clark. I won’t go into a lot of detail, but he is taking the place of the man who got me my first consulting job 15 years ago.  So I called him, and we talked about a project he knew about with a consulting firm called HRS. I told him that Santa Rosa expected to have a project I could drop into once Alaska was complete, and I wanted to talk to Mike with Santa Rosa before he sent my information to HRS. Tracy knew Mike because he had worked at Santa Rosa (I live in a small world).  Mike said he didn’t have anything, so I had Tracy send my information to HRS.

HRS interviewed me and was satisfied with my qualifications. They then set-up an interview with the Arkansas Client that took place Thursday before last. Here’s the day to day activity from that Thursday.

Some things to take from this:

How do I feel about this? The projects and my expertise to assist the client were similar.  We would have moved the RV to either place.  From the interviews, both hospitals would be great to work with.  I like the fact that they were both similar because I didn’t lean one way or the other. 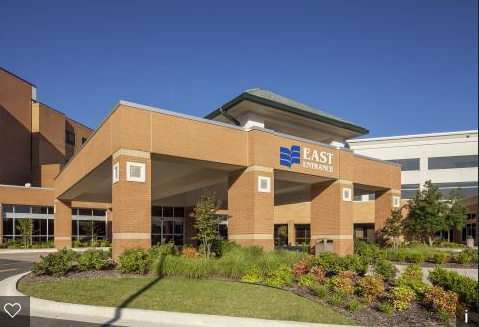 So we will be moving to an RV park near Batesville, Arkansas, to start a project on Oct 3rd at White River Health Center.  This will be a few months but not near as long as Magnolia.

(Note: The events of the past week were going on at the same time that I got a totally unexpected one-week extension in Alaska, so once I get back to Tennessee, we will barely have time to move the RV to the client site in Arkansas for the start date.)