May 18, 2015 (by Jimmy) – For those of you who haven’t figured it out yet, I love my wife.  We tease each other; we enjoy each other’s company; we are simply just made for each other.  One of the things I love about my wife is her beautiful smile.  So what I want to do today is provide you with a little history of my wife and me while showing you her beautiful smile.  I call this “The Faces of Angela”.

I met Angela in early 2005 because she got on Match.com for three days. The last day she was scheduled to be on. I gave her my phone number and asked her to call me if she would like to talk more and maybe have supper sometime. A week or two later she called, and we’ve been together ever since.

As we were getting to know one another, one thing we decided to do was to have a travel vacation each year. With my work, I was getting airline miles and hotel points to allow us to do this rather inexpensively. So each year we had one main vacation. We had other vacations as work and budget allowed, but these are the vacations up to last year. 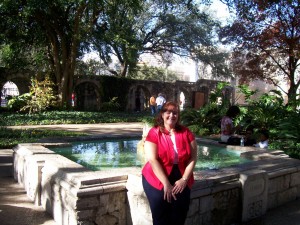 2005 San Antonio, Texas (I proposed to her on the River Walk New Year’s Eve.) 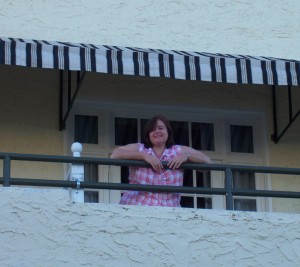 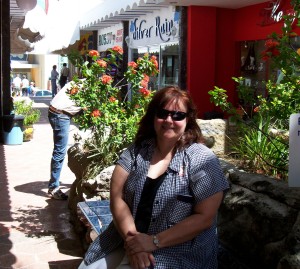 Castle in Gourick, Scotland (We spent the night here.) 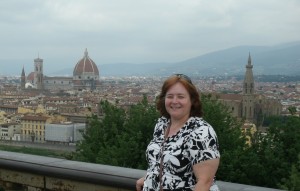 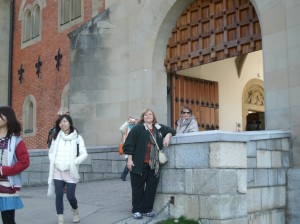 2013 Germany and The Czech Republic

In 2014 we decided to go domestic and do something I had on my bucket list. We decided to drive route 66 from Chicago to Santa Monica. Here are some Faces of Angela during that trip. 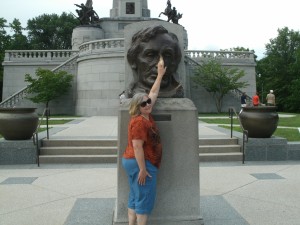 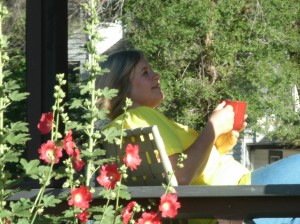 Enjoying a Cup of Coffee at a Bed and Breakfast, Las Vegas, New Mexico 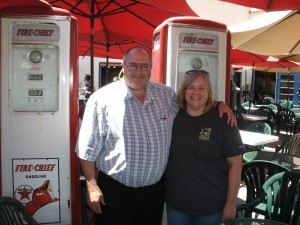 “Standing on the Corner in Winslow Arizona, such a fine sight to see. There’s a girl, my lord, in a flat bed Ford slowin down to take a look at me.”

At the end of last year, we decided that we needed to be on vacation everyday, so we moved into the RV.  Everyday with this wonderful woman is an adventure in life.  We are currently planning for this year’s trip, but every day I get to spend with Angela is a great day.  If we stayed at home and didn’t go anywhere, I couldn’t be happier.  She is a joy to be with.  Now you have seen our travels Here’s what I see.

She likes to support local enterprises 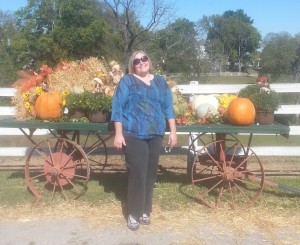 She likes to go to festivals and community gatherings 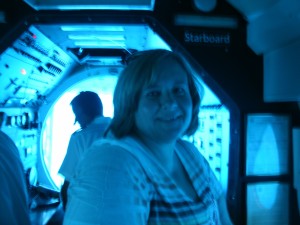 She looks great in a in a sweet ride 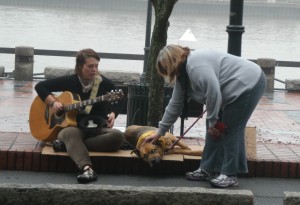 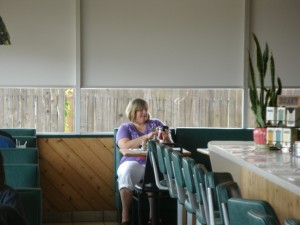 She can take my breath away from across the room.

I am a lucky man… Until later… Later…

4 thoughts on “The Faces of Angela”